Dartmouth's part in the Mayflower story:

The Speedwell set sail from Holland on 22nd July 1620, after a moving ceremony by the water’s edge.

The plan was to meet the Mayflower in Southampton before heading off together across the Atlantic.

Southampton was a thriving seaport offering all the commercial facilities to provision and equip for the long sea voyage. Many of the buildings and streets familiar to the passengers then still exist.

When the two ships met in the port there were concerns about the Speedwell though, which needed repairs after developing a leak. But on 15th August 1620 the two ships weighed anchor and set sail from Southampton.

The two ships didn’t get very far when the Speedwell began to take on water again. It may have been because she carried too much sail, straining her timbers, or the direct result of sabotage by a reluctant crew.

They changed course for Dartmouth, a port on the south coast of Devon. It took about a week for the port’s skilled craftsmen to make good the damage.

Unfortunately, the second attempt did not go as hoped either. The Mayflower and the Speedwell were 300 miles clear of Land’s End when the smaller ship yet again began leaking badly and could not risk continuing. The two boats turned about for Plymouth.

On arrival in Dartmouth we were taken to the Britannia Royal Naval College dock where we met the team building a detailed replica of the Mayflower which will have 2 aspects, one being the full view of the side and half the deck of the ship and the other will have the ship open so you can see inside. It is a very delicate and intricate job and once finished will be in a museum for all to see. It will be completed during 2020. We made it clear to the builders that our was a lot bigger!! They will reciprocate our visit in 2020 when they will come and have a look at ours.

A look inside Mayflower 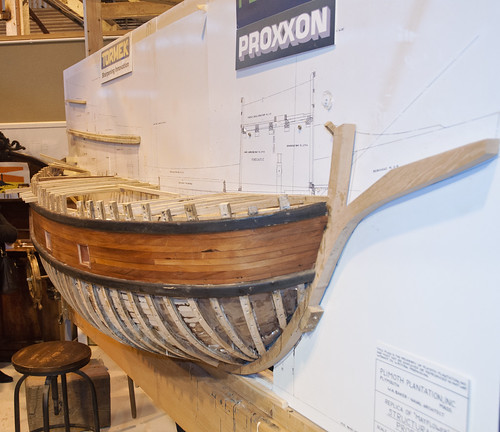 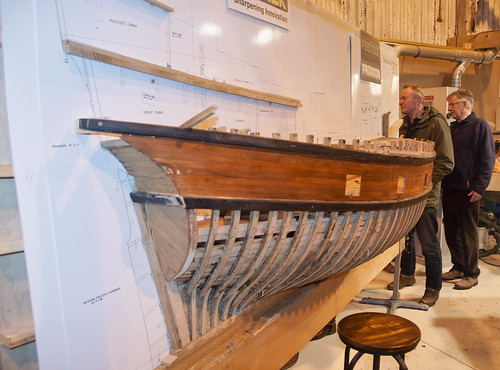 Side view of model 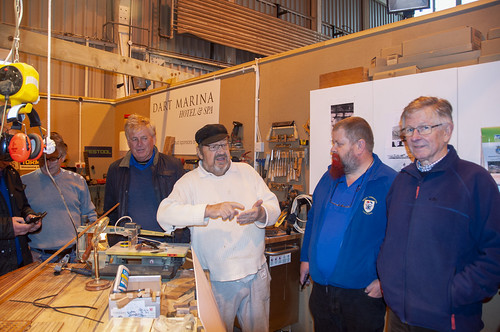 
In true Cavalier fashion we retreated to the Pub for a few pints before donning the Cavalier costumes and meeting at the Old Market Hall where we saw for the first time the Mayflower Lantern that we will be leading the procession with. This was a stunning event with lots of the towns children following us with their own hand made lanterns. Afterwards we went to St Saviours Church where we heard the Mayflower peel of bells and the Mayflower anthem. It was a great night, I think you all know where we went after this event concluded!!! 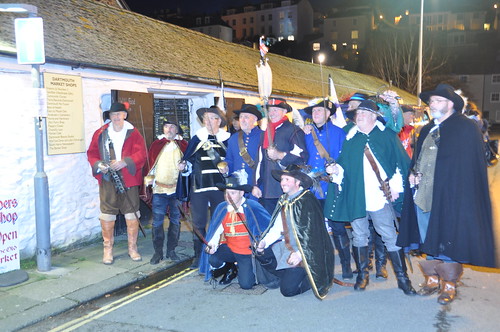 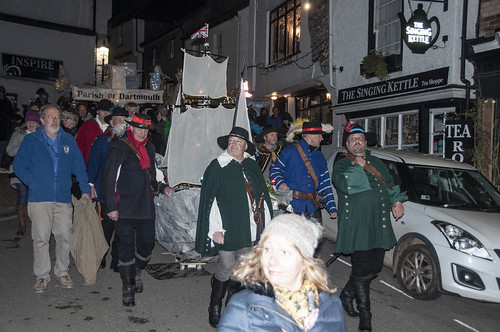 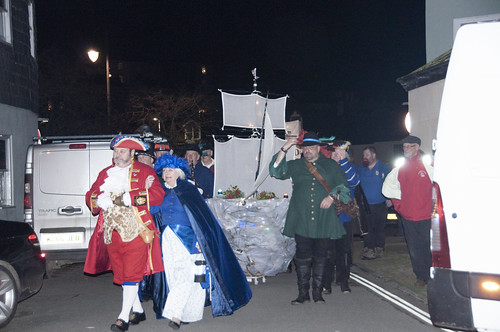 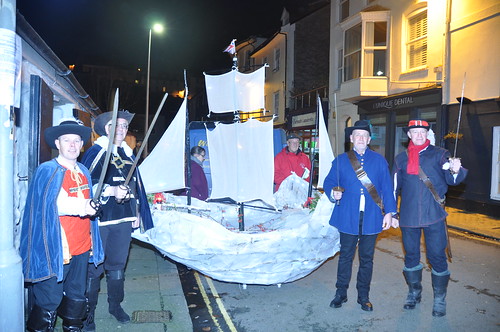 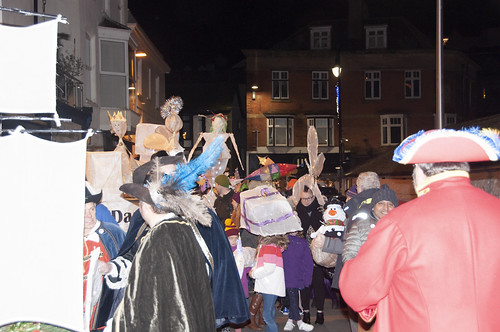